There are times when you prepare a recipe and you just know it's going to be beautiful to look at and equally delicious to eat.  This is one of those recipes.

Many years ago, I was looking through James Beard's recipes and found this one.  It sounded interesting so I made it and while it was good, it didn't knock my socks off.  And in addition, I found the texture difficult to slice and serve.

Let me give you a few helpful hints that worked for me.

After the spinach is baked, run a sharp knife along the edges of the baking pan to facilitate the flip.

It helps if you have 2 baking sheets of equal size.  Rather than trying to flip the spinach out on parchment paper on the counter, line a second pan with parchment paper.  Line up the long sides of the pan before you flip.

Before you add the flour and half and half, cut the  mushrooms into smaller pieces.  It makes the rolling go easier. 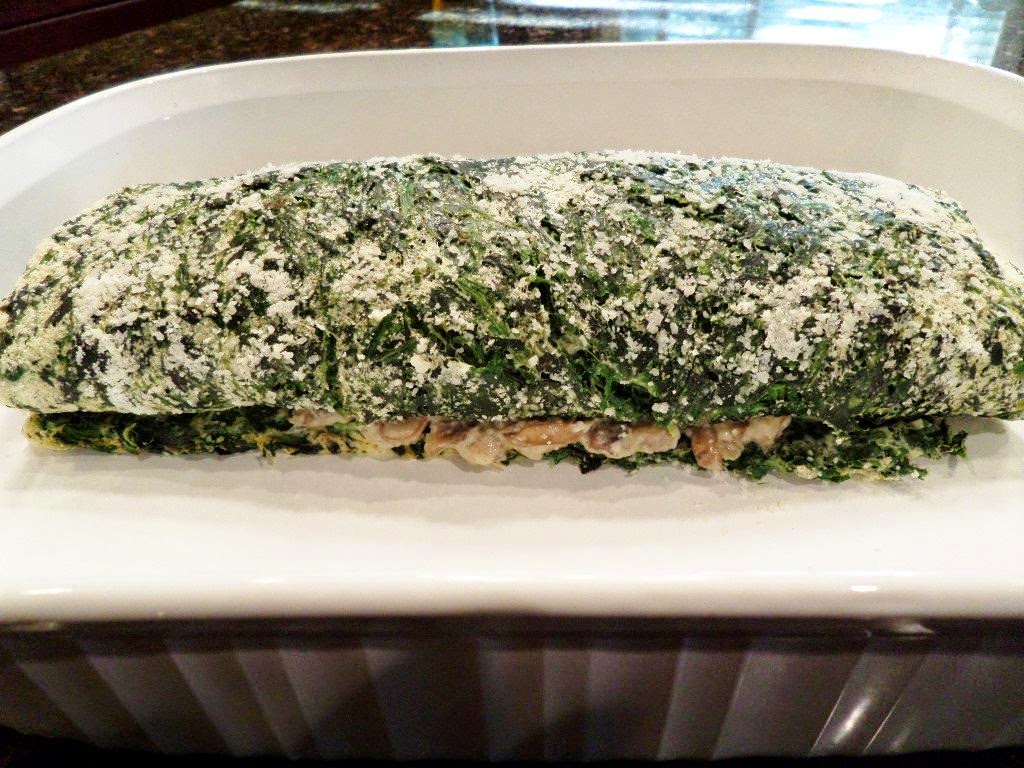 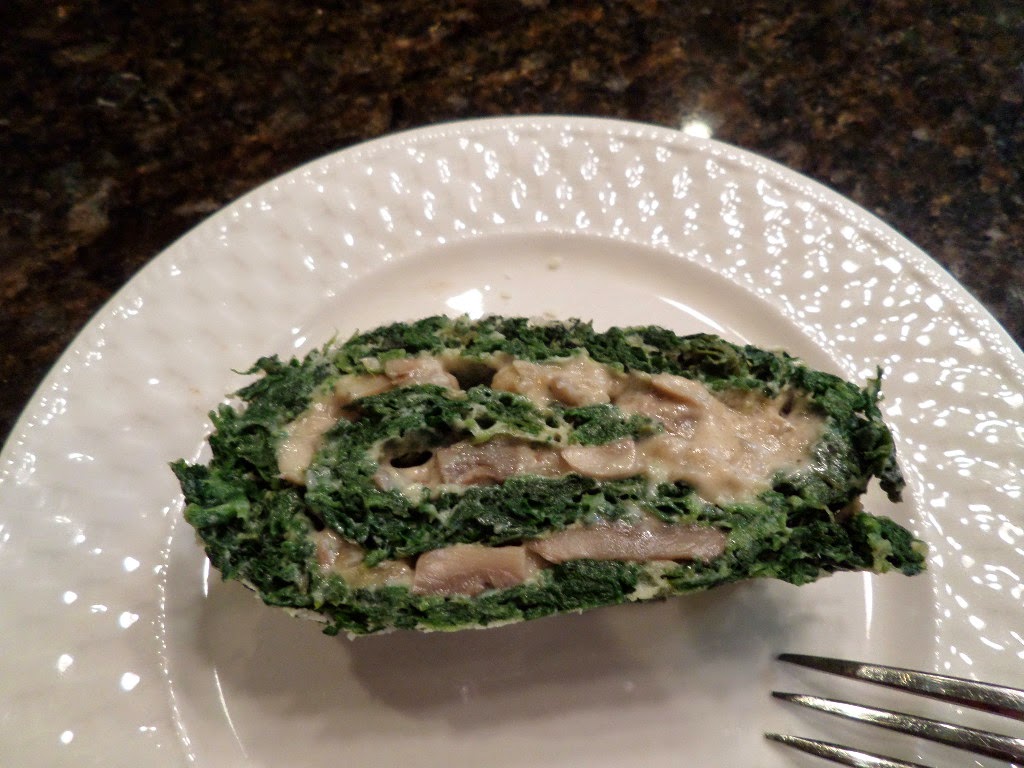 Cook both the fresh and frozen spinach in boiling water for about 5 minutes. Strain and press in a colander in order to remove all water from the leaves. Add salt and pepper to taste.

When cool, place in a bowl and add the 4 egg yolks. Mix well with a fork to make sure the eggs are evenly distributed.

In another bowl, beat the egg whites with a mixer until stiff and fold into the spinach mixture.

Spread the mixture evenly in a lined and greased 10 x 15 inch pan with 1” high sides.
Cook in a preheated oven for 10 minutes until risen and firm.

While the spinach is baking, heat the Mushroom Sage Olive Oil in a saute pan, add the onions and garlic  and cook over medium till they are soft….about 2 -3 minutes.

Add mushrooms and cook for 10 minutes.

Stir in the flour, then gradually add the half and half. Add salt and pepper to taste. Continue to cook over low heat, stirring often, until the mixture thickens.