What is Black Garlic?

Black Garlic is sweet meets savory, a perfect mix of molasses-like richness and tangy garlic undertones. It has a tender, almost jelly-like texture, slightly sweet,with a melt-in-your-mouth consistency similar to a soft dried fruit. Hard to believe, but true. It’s as delicious as it is unique. When sliced, it resembles slices of Black Truffle.

The first time I saw Black garlic and sliced it, I must admit I wondered what all the fuss was about.  But then I bravely took a bite of it and I understood why people were enjoying using it in their cooking.  I now find myself eating it straight from the jar as I prepare to use it in a recipe.

I've used it in more intricate dishes, but the other night I added Black Garlic and chives to roasted potato slices and topped the potatoes with a dollop of sour cream and a few more slices of the Black Garlic.   It was very good... and the taste, while subtle, added something special to the potatoes.

Now, along with the potatoes I had some salmon I wanted to broil.  I happen to like salmon glazes that have a hint of sweet to them without being cloyingly sweet.  I used a mixture of Joe and Son's Dark Chocolate Balsamic and Green Chili Olive Oil to make a marinade for the salmon that I also used as a glaze to brush over the salmon.

The salmon was tasty, moist and not at all dry. 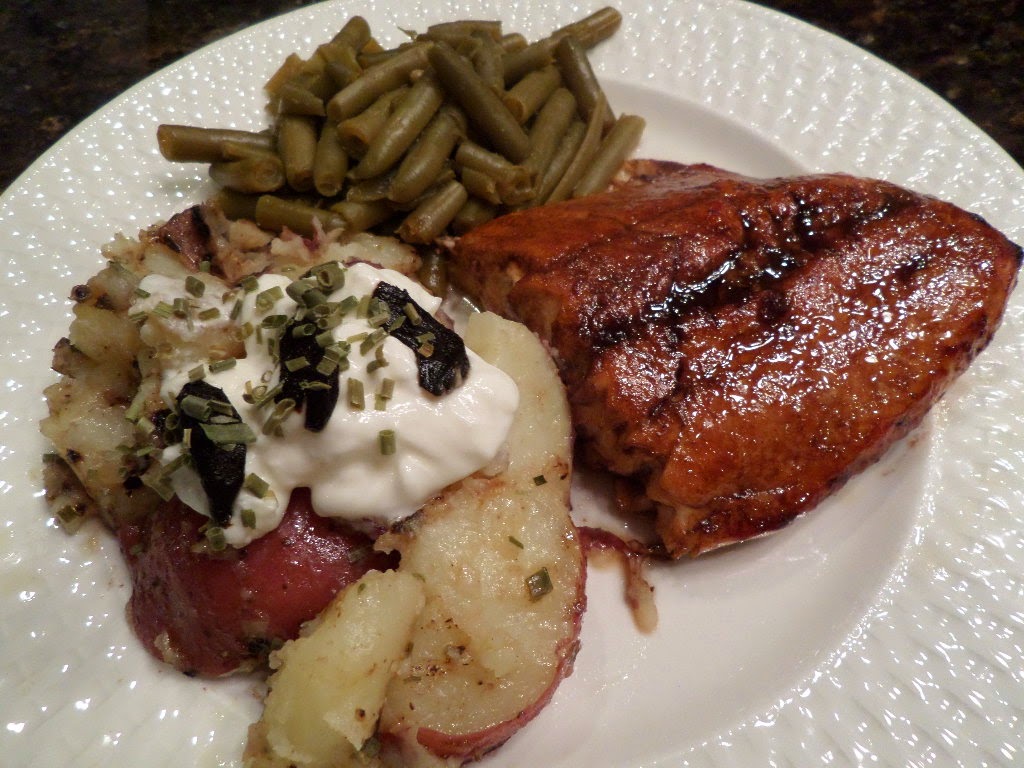 Pour the Chocolate Balsamic Vinegar into a small saucepan.  Cook over low heat, stirring often, for about 10-15 minutes until the vinegar starts to coat the spoon.
Combine the Vinegar and Oil and pour over the salmon.  Place the salmon in a sealed bag or covered glass dish and marinade in the refrigerator for about an hour.

Remove the salmon from the marinade; place on a broiler pan of your choice; season with salt.  Place in oven, broil for about 3-4 minutes and flip the piece of fish.  Brush the marinade on the "new" side of the fish and broil until done.

It's that simple.  Try it yourself and enjoy!

Pumpkin Muffins to feed a crowd

We've hade several get togethers where I was asked to bring a dessert that was easy to transport, easy to serve and would feed a lot of hungry mouths.  I suppose I could have brought cookies, but I thought I'd try mini-muffins.

These were perfect!  They had a nice, subtle orange taste and were very moist and not crumbly.  The fact that the recipe made about 12 dozen was an added plus. 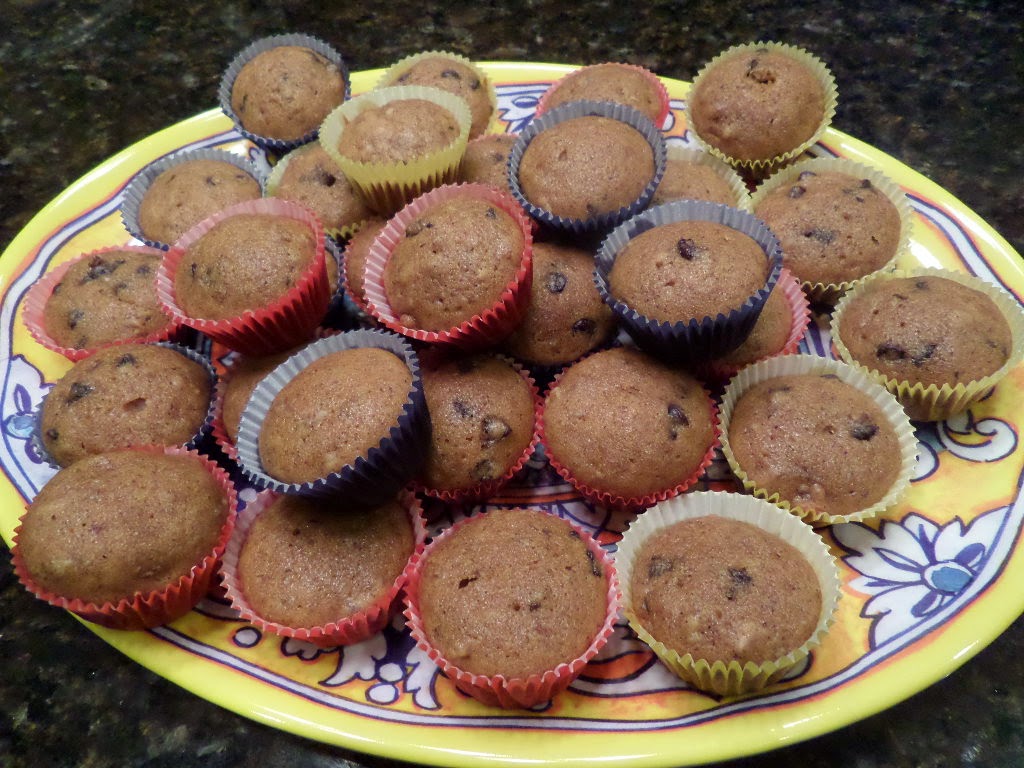 If you're not using paper liners, spray/oil the muffin tins before filling and baking and bake for 11 minutes.

Shrimp with Lime and Honey

I'm finding that with my busy schedule, I have less time to spend preparing meals than I'd like.  Okay, that's a lie....I really don't want to spend a lot of time prepping and cooking a meal.  And if you're honest, you don't want to, either.

That's where this recipe comes to the rescue. When you see how easy this is, and how quick it is to fix, you'll realize this isn't cooking...it's sort of  like throwing ingredients together, waving a magic wand and seeing  them transform into an appealing dish sure to please your family or friends.

The description of this recipe is a bit deceiving..because it does not call for limes or honey.  But what you are going to use is going to taste even better. 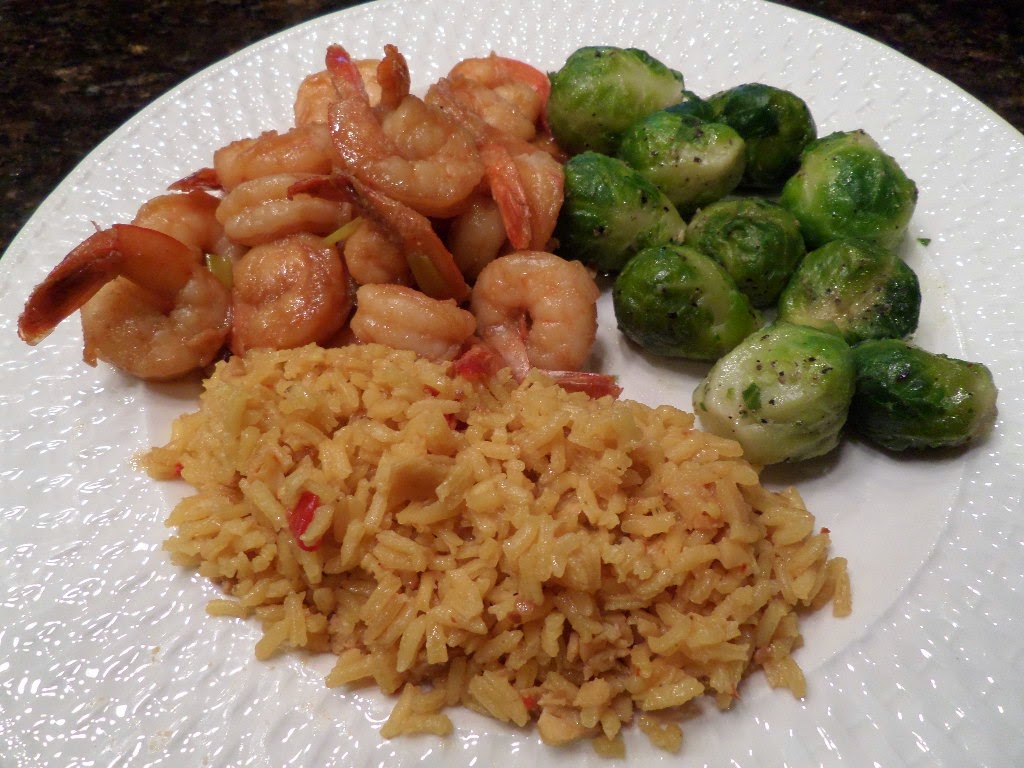 Shrimp with Lime and Honey

1 pound shrimp……cleaned and deveined (with or without tails)
1 Tablespoon Joe and Son’s Persian Lime Olive Oil
4-5 cloves garlic, minced
1/3 cup green onions, diced…..green and white parts
1/4 teaspoon Cumin
1/4 teaspoon Red pepper flakes
1/4 cup Joe and Son’s Artisanal Honey Vinegar
Pour the Persian Lime Oil into a saute pan and warm to medium heat. Place the shrimp in the pan and stir for about 2 minutes. Add the garlic, green onions, cumin and red pepper flakes. Cook for another 2 minutes or so and add the Artisanal Honey Vinegar. Stir and continue to cook for about 5-6 minutes until the Vinegar starts to reduce and thicken and the shrimp are pink and cooked.
Add salt and pepper if needed.
Serve hot.

If you're getting together with the family, I'm sure you feel the same way I do.  Even though I'm in charge of the food and the preparation, I would prefer to spend my time enjoying the festivities with my friends and family rather than in front of the stove, grill  or oven.

So, I have  suggestions for ways to give your steaks, chicken or ribs a professional flair without a great deal of thought about the glaze. 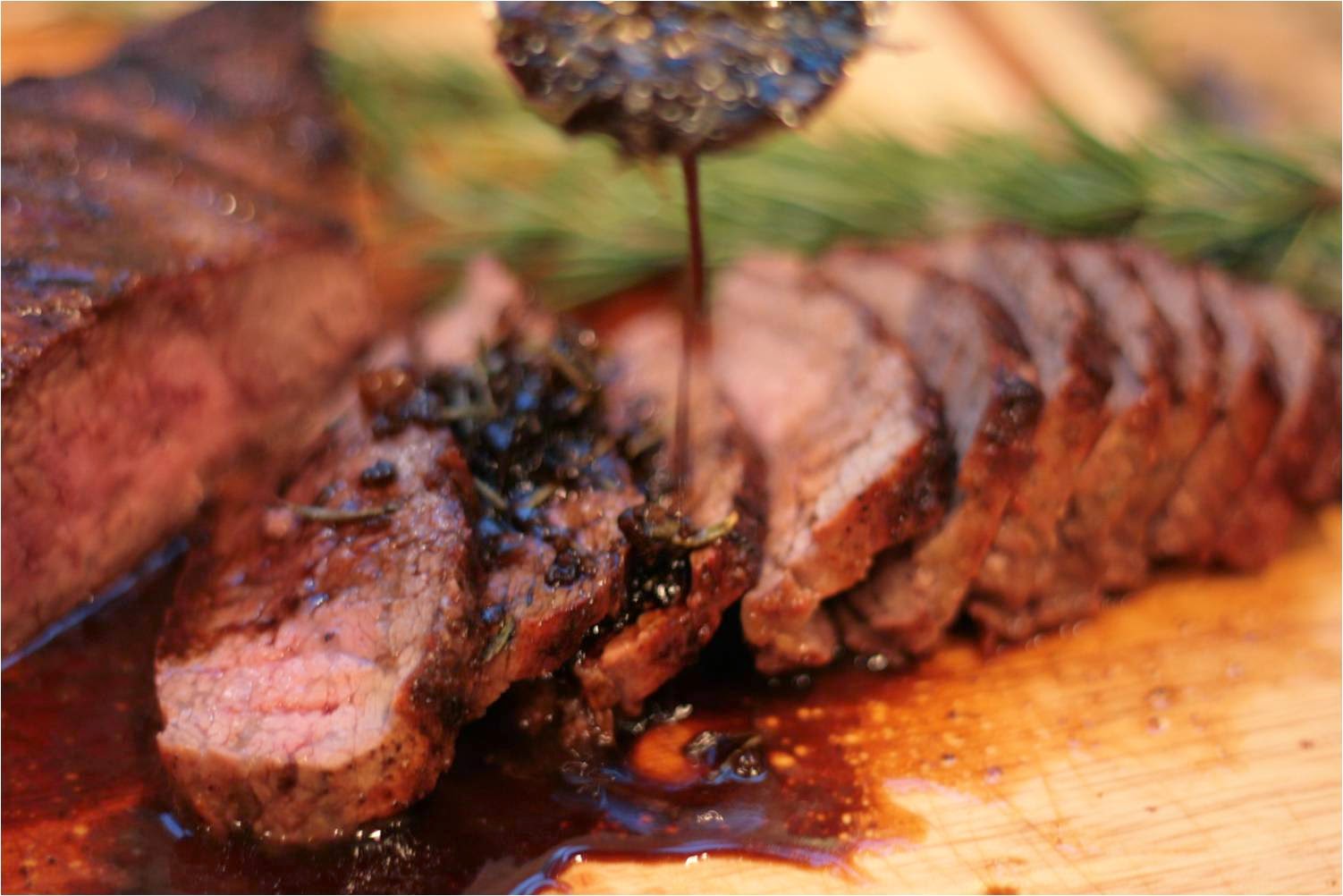 Actually, our Green Chili EVOO combines very well with any of our fruit infused Balsamic vinegars to make a tasty and easy sauce.  AND, since Joe and Son's Balsamic Vinegars have ONLY 3 carbs per tablespoon, they are a healthier choice than pre-made BBQ sauces loaded with sugar.

If the Green Chili EVOO is too hot for your taste, there's always Chipotle EVOO  for a milder heat with a smokey taste.

Entertaining a crowd was never easier than this!
Posted by Olivia at 5:18 AM No comments: